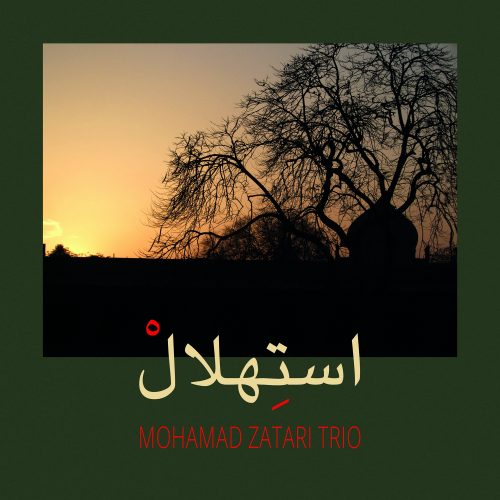 In a contemporary globalised world where music has lost its borders and is fighting a constant – yet particular – stream of Western commodification, the Mohamad Zatari Trio stands out as an original cultural artefact, aiming at transcending the boundaries between different music worlds.
Founded in 2019 the ensemble had its first public appearance in 2020 at the Outernational Virtual Festival. Comprising the performers Sara Eslami (Iran) on tar, Avadhut Kasinadhuni (India / Romania) on tabla and Mohamad Zatari (Syria) on oud.
Their debut ISTEHLAL plunges into its own aesthetics, politics and sound intricacies and represents the combined efforts of three musicians hailing from different, yet deeply rooted cultures. Over the course of eleven songs, the album transcends stylistic, ideologic and geographic boundaries and reflects on the human condition in an interconnected and interrelated technological world. The repertoire includes not only original compositions in different stylistics but also rearranged traditional pieces by influential composers Riad Al Sunbati (Egypt) and Hossein Alizadeh (Iran).
The Mohamad Zatari Trio introduces itself as a strong new voice within a new generation of young musicians that carry the musical heritage of great masters like Ravi Shankar, Nusrat Fateh Ali Khan or Zakir Hussain with a fresh and contemporary approach.

Mohamad Zatari is a composer and oud player from Aleppo, Syria, currently based in Bucharest, Romania. His artistic effort is devoted to deconstructing stereotypes and blending various musical genres. He has been taught traditional and regional music by Tarek Al-Sayed, and has a Bachelor in classical composition at the National University of Music Bucharest (2021). His compositions were used for short films as well as educational courses. He performed in various ensembles and groups, in countries such as Syria, Romania, Hungary, Germany, Italy and Austria.
Sara Eslami is an Iranian composer, tar and setar instrumentalist and improviser. She has a bachelor’s in musical Performing at the Tehran University of Arts (2011).
Romanian/Indian Avadhut Kasinadhuni has a Master in Musical Performing / Violin at the National University of Music Bucharest (2022) and started studying tabla intermittently in India with Prof. Kamal Kant (2008) and Prof. Durjay Bhaumik (2017).